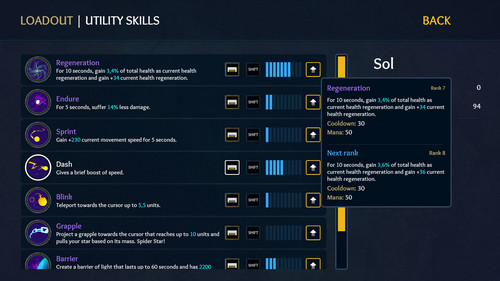 These patches are mostly just improvements across the board, some performance improvements, 2nd utility skill slot added, some notifications for new players to inform of certain things, loading speed, some new sounds, many visual updates and more.

Thank you for trying out our game. We would appreciate any feedback you might have! <3 We also have a growing community on Discord, come and say hi :)

Get The Last Sunshine: Rekindled

An abstract shmup and rogue-lite hybrid about the heat death of the universe.